C4 is the pre-workout made by Cellucor, which has been around for quite some time now. Known mainly for their pre-workout which can be found in most retail stores, they do make other supplements as well but C4 is literally everywhere.

I normally see them sold in my local Walmart store as well, Just the other day I was in Costco and I saw that they had a double pack with a shaker bottle for some ridiculously low price.

But does it really work? Whenever we take a pre-workout we are looking for that pump, and extra energy boost to make our workout easier. C4 is one of the most commonly used pre-workouts available on the market. Sometimes known as the best selling pre-workout, so what is making C4 sell so well?

Other than a handful or so of vitamins this list of ingredients is relatively short, especially since we just got done reviewing that monster of a list that Pre JYM has in their pre-workout. So let’s dive in: 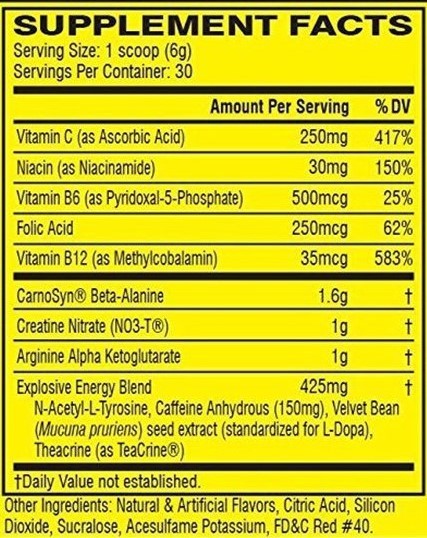 For this review, I tried the Icy Blue Razz and I thought the flavor tasted pretty good. It was fairly sweet, it reminded me of how knockoff kool-aid taste. C4 is offered in a variety of different flavors, from all the people that I have talked to about C4, I have gotten good feedback from the other flavors as well. C4 comes in the following flavors:

C4 uses sucralose as its sweetener, which is an artificial sweetener that is known by the trade name Splenda. It is said to be 320 to 1000 times sweeter than standard sucrose, which is regular sugar. Artificial sugar is known to potientially cause diarreah, bloating, gas, or be laxative to certain people. There shouldn’t be enough to cause these issues but keep an eye out for any reactions from your body.

There was also no residual powder left at the bottom of the shaker, which is common is a lot of pre workout supplements. C4 did a good job disolving so it didn’t feel as if you were drinking sand at the end of your pre workout.

The beta-alanine definitely does its job by giving you those first pins and needles tingly feeling on your skin. C4 has a relatively low caffeinine dose compared to many other pre workouts on the market. 150mg of caffeine is a decent amount but is just roughly 1.5 to 2 cups worth of caffeine, or about as much as a can of Monster energy drink. 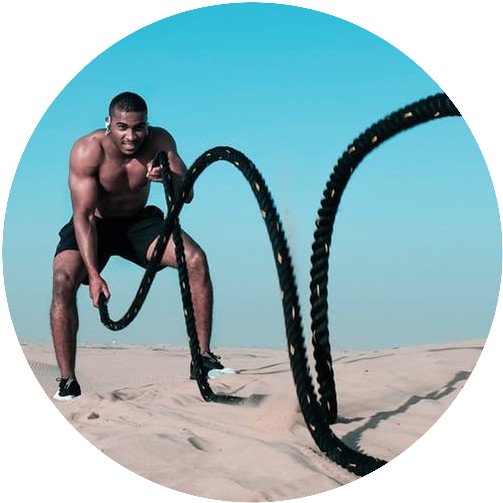 Nevertheless, the 150mg of caffeine did do its job and wake me up a bit. I do have a fairly high tolerance when it comes to caffeinine so the most it did was just wake me up a bit, nothing too crazy.

After about 45 mintues after taking the C4, I started my workout. The main ingredient is the beta-alanine which I am not a huge fan of due to the tingly sensation that it leaves you.  At first, I didn’t notice too much pump, but after a couple sets into my workout, I started to notice that my sets were getting a bit easier to do.

In the middle of my workout, I was able to feel a decent rush, a bit of focus and some pump. It helped me grind through the rest of my workout with relative ease.

Remember just as with any pre workout, effectiveness will vary from person to person. The amount of time it took for me to feel my pump might not be exactly the same as yours.

Check out this video brought to you by Cellucor telling you what is in C4, and how it could benefit your workout.

As with most pre-workouts, most people are worried about a horrible crash after their workout. C4 didn’t provide me with an extreme crash after my workout. I felt the effects of C4 slowly fade away without making me feel an extra tired. The caffeine content in this pre workout isn’t extremely high when compared to other pre workouts on the market such as Legion’s Pulse as well as Pre Jym which both have 300mg + of caffeine. Which in turn made it a lot easier for me to sleep later on at night time.

I enjoyed C4, for as inexpensive as it is and widely available it works fairly well. It is easy to see why it is the number 1 selling pre workout. Aside from it being available in many local retailers, it does what it says at giving you that extra pump you need to get through your workout.

The blend of ingredients gives you a nice boost of energy, without giving you a noticeable crash. C4 does have artificial ingredients so if you are ok with that then C4 is a great choice.

Have you tried this popular pre workout? What did you think of it? Let me know below!

As always thank you all for reading and if you have any questions, comments or concerns don’t hesitate to leave them below and I will get back to you. Have a great day!

About Tony 38 Articles
Tony is a California based health and wellness writer who has a passion for weightlifting, fitness, and nutrition. You can find him frequently publishing on IronBeginner.com when he is not at the gym working out, or at the movie theater watching the latest Marvel movie.
Website Facebook Instagram Google+